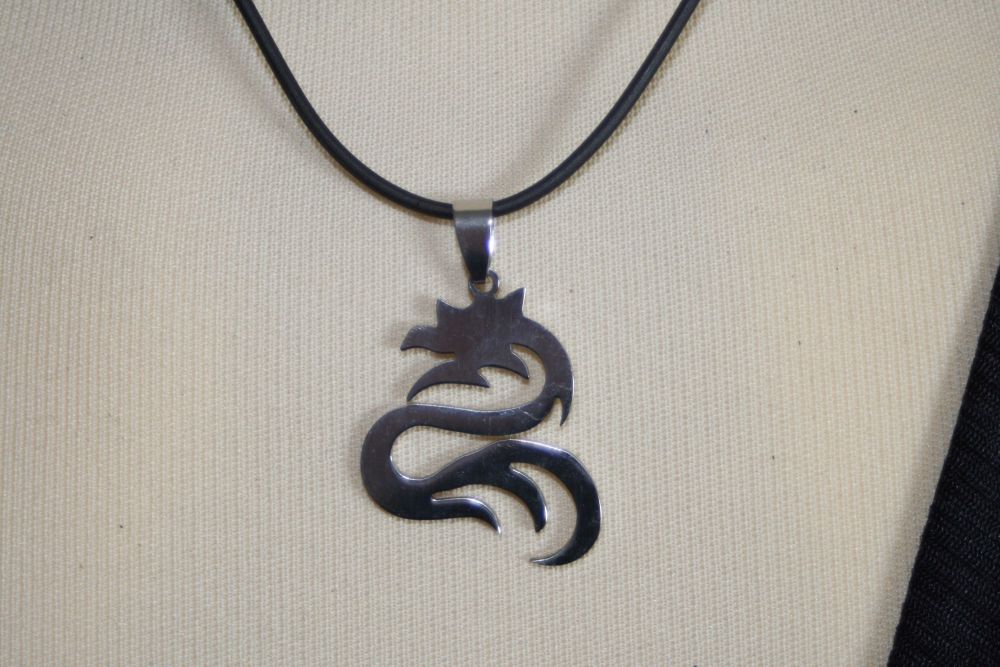 Ever popular these Chinese Dragon symbol necklaces are a top seller - unisex - for all ages !

The Chinese dragon symbolizes the sovereignty of emperors, and everything related to it was exclusively for emperors in the Chinese feudal society. The ancient emperors called their sons'seeds of dragons', their robes were'dragon robes', and their palace was a'dragon palace'. The imperial throne was called the Dragon Throne.

More interestingly, the pattern of the dragon on the emperor's robe has five paws and the one on the vassal's robe only has four paws, which highlights the supremacy of the ancient emperors.
Dragon carvings are very common in imperial palaces and tombs, such as the Forbidden City - imperial palace of generations of emperors from the Ming and Qing Dynasties which were the last two dynasties in ancient Chinese history.

Presented on a black cord with silver end caps.

Recommend this to a friend  +